Poverty, Can We Effectively And Efficiently Fight It?

Yes, we can! To assist in fighting the root causes of Poverty, we have gathered the collective wisdom of men and women from all over the world who have implemented successful systems. 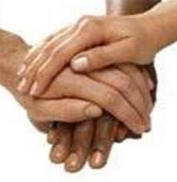 Let's Fight Corruption, That Is Rooted in Our Hearts!


And How Can I Help?

Can you imagine a world where we humans can satisfy our material needs from conception to natural death, and where all of us have the opportunity to reach our full potential. We think it is possible and present the solutions here! We must all work on them. It is a moral imperative!

So, What are the Causes of Poverty?

The 'Money as Debt' System, Lack of Solidarity and Corruption are in our opinion the three main culprits that we must fight.

Some will argue that the causes are external, such as natural disasters, or the price of food, or the crop of biofuels or even financial crisis. However, despite those being magnifiers of the problem, we argue that the root causes are in fact the 'Money as Debt' System, Lack of Solidarity and Corruption.

We indeed believe that except for natural tragedies, those alleged 'causes' are rather consequences. And we dare say that by solving the three root causes we can solve those other consequences too.

In order to effectively counter-fight the culprits, the first thing we need to understand is where to find them. Incredibly as it may seem, they are settled in the very hearts and minds of people. Let’s see how…

The Money as Debt System

In the current Financial System, money is a scarce resource and we all take it for granted; we assume that this is the way money should be. Yet, do you know that the reason for money to be scarce is that it only comes to life as a debt (at the time a debt is generated)?

When we further investigated the matter, got astonished when we finally understood that Money does not need to come to life as Debt! That is a false illusion created by the current system.

We compare this illusion to that of the fish that does not know what water is; we are like that fish because we 'swim' in an economy based on Money, but very few understand what Money really is and how it works.

What are the Consequences of the Money as Debt System?

The consequences are devastating! Since Money has been conceived as a Scarce Resource, we must borrow it and pay interest on it. This has plunged us into one crisis after another due to the high level of indebtedness. Individuals, businesses and nations are indebted alike.

In other words, the current money system has been a factor of destabilization for the entire economy and given rise to a number of disorders at all levels: For instance, the accumulation of personal, business and government debt is a major precursor of family life issues (domestic violence, kids growing up without a 'mom at home', less and less leisure time and so on).

In fact, financial struggle at the family level resulting from the need to survive or from exponential indebtedness triggers at some point the need for both parents to look for a second (or a third!) job outside home. Yet, despite their efforts, debt reaches a peek where it becomes unsustainable and explodes. That produces a cascading effect in the whole economy and … there you go! The same family is now suffering the calamities of unemployment.

And to make things worse, believe it or not the current financial system is the main culprit for deforestation and impact to the environment in general (let's think for a second on the rain-forest devastation and river pollution caused by illegal mining - illegal gold mines for instance - and illicit drug production - such as coca harvesting and cocaine production)!

On the other hand, the Money as Debt System has favored the rooting of extreme selfishness and individualism in the human heart, the war of all against all where some have to gain at the expense of others. This has encouraged Lack of Solidarity, where I seek only to protect my interests, forgetting those of others. Lack of Solidarity has become a barrier for the implementation of sustainable solutions.

Likewise, the present Financial System has greatly contributed to the enthronement of Corruption in the human heart.

Avarice, extreme ambition, greed, unbridled desire for profit have led to all sorts of unethical practices: Graft, fraud and the kind, with the Great Depression and the 2007-2008 Financial Crisis being their two major expressions at the financial level and the culprit of dramatic impoverishment worldwide.

And what about practices like modern slavery and kidnapping, or political corruption and abuse of power? These and other similar Human Right Violations augment mankind drama and are fertilizers of Poverty due to the violence, wars and displacement they engender.

And let's not forget the vicious circle that is generated, since Poverty becomes the breeding ground for more violence.

In a nut-shell, Corruption has hindered human progress and stolen resources that should have been otherwise devoted to Progress and to fight Poverty.

Having said the above, it is time to introduce the structure of our work:

We first analyze What Poverty is﻿

We explain The Three Root Causes:﻿

As per the Effects, we especially focus on those of the Money as Debt System﻿

As per Consequences, we highlight The Two Major Economic Crisis: ﻿

We widely explain How to Fight the Money as Debt System﻿

We detail How to Fight Corruption

We tied altogether by explaining How to Fight Lack of Solidarity

To complement your discovery we have added a list of Resources about the exposed solutions, and Quotations on the whole theme.

Let us Fight the Root Causes of Poverty!

I invite you with an open mind, without bias and with a sense of wonder, to evaluate the sustainable solutions that men and women from all over the world have implemented to address the root causes of Poverty.

Judge for yourself! It is my hope that you reach as I did, that moment of 'eureka', that second of enlightenment where on one hand you understand that neither Money needs to be scarce nor personal or national debts should exist; that even the absence of Money should not be reason for economic paralysis.

On the other hand, you should clearly see that Corruption and Lack of Solidarity do not have any merit and that the solutions presented here are common sense. In other words, you should come to the conclusion that Poverty should not exist!

Finally, you might wonder how absurd it is that we had not implemented those solutions before, despite their momentous implications for the present and future of humanity.

You should end up feeling the same sense of urgency I experiment, for applying them as soon as possible at all levels, (from the personal level, to local communities to entire nations) in order to make Poverty history!

Are you ready?... Let’s begin our journey!

Over the years we have gotten pessimistic about the timing and the way the fight against poverty would reach the expected outcome. The reason for the said pessimism is the overwhelming finding that the human heart corruption, as the root for selfishness and its numerous expressions, has been winning the battle, despite a great number of efforts among honest souls to improve the conditions of many.

In fact we have come to a conclusion: It is the absence of God in the human heart the main culprit for this state of affairs.

We have around us opposite forces, fighting to conquer the human realm: One that says that God is not necessary or that a god adapted to individual needs is sufficient. On the other hand, there is a second force that has been trying to resist this wave of moral relativism. The fight appears completely uneven. This is in fact the source of our pessimism.

As we stand today, we need to counter fight this moral relativism (i.e. this human heart corruption) if we want to succeed in the battle against all sorts of poverty.

Return To The Beginning of This Page

How to Fight Poverty at the Personal Level (sponsors'space)